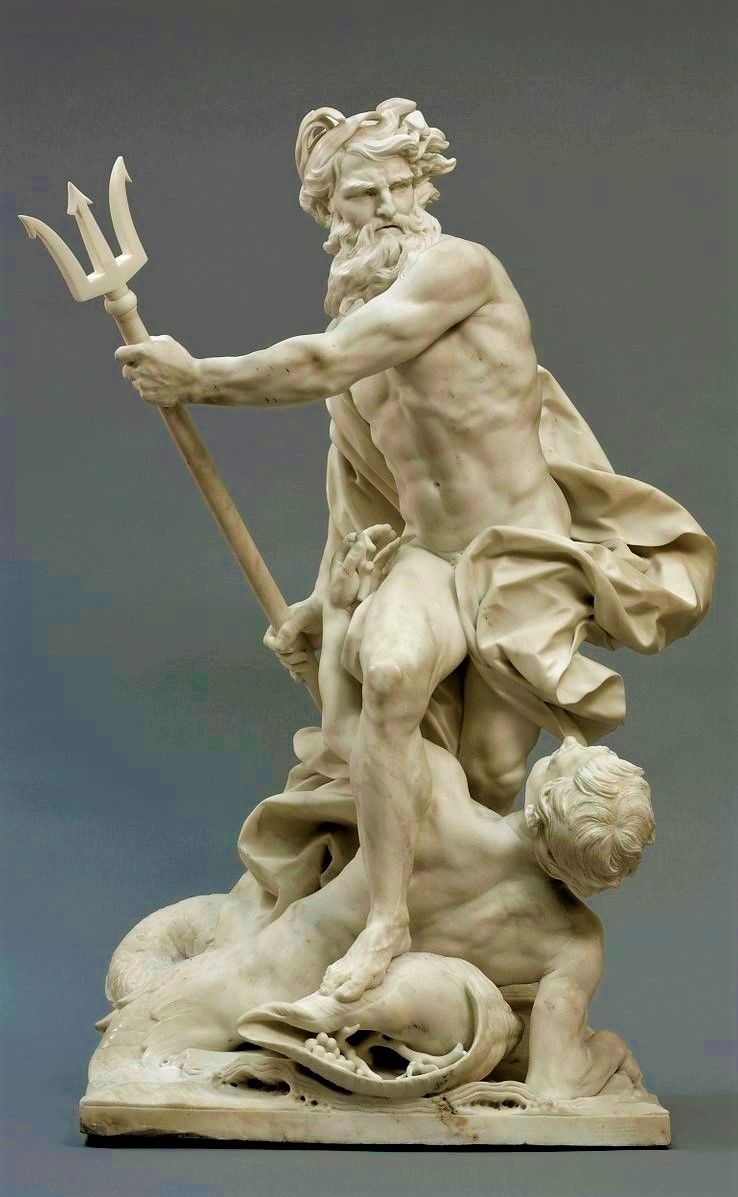 Neptune Calming the Waves with a Triton at his Feet, 1737, marble sculpture by French artist Lambert-Sigisbert Adam (1700-1759). In Italy he was influenced by Bernini. Neptune’s pose being dynamic, he is a magnificent incarnation of the authority of the god of the sea. It is a classical pyramidal composition, suffused with the baroque spirit – twisted body, folds of drapery, scrolls of the triton’s tail, the shell and the waves, and protruding veins suggestive of effort. – Louvre, Paris, France